I read most of ‘the Edge Of The World’ by Michael Pye which talks about how the north-sea affects the cultures that surround it. That was interesting but I don’t have much to say about it beyond what I’ve already written elsewhere on the blog. What Pye demonstrates is the powerful political effect the sea has and how boats and seafaring created and defined a whole bunch of nations that grew strong from it. The sea essentially made these peoples. 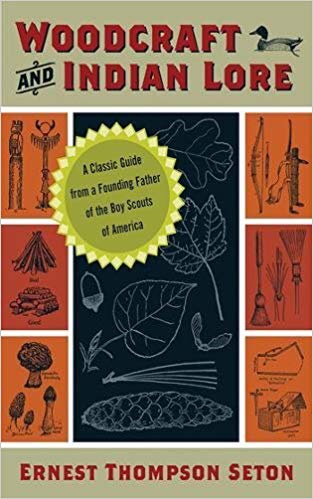 Seton’s woodcraft and Indian lore is a joy to read even with its archaic terminology. I wrote in depth about the problems with Seton’s lens on and treatment of native people in this post, but I enjoyed the brief and direct descriptions contained in this book and the linking of history and lore with practical projects. The book has a high regard for making stuff and doing things and reading it is helping me to think creatively about the challenges in crafting my boats.

Lastly I am re-reading Moby Dick. Moby Dick is both a product of American imperialism and an indictment on it. Melville calls the boat in the novel the Pequod, referencing the Pequot tribe that was routed and scattered in the Nantucket region in the 1600s in one of America’s many acts of genocide of native peoples. Melville is highly critical of American imperialism and discusses it somewhat unflinchingly. It’s a fun to read alongside Seton. Moby Dick carries a lot of themes that are important to this project so I wanted to discuss a little more about them. I wanted to lay out my motivations for reading it again so that I could address them directly once I’ve finished reading it. But, I didn’t feel like I had the skill to write about my reasons for reading it… so here is 15 minute video instead: