Today I met with Glyn Hall-Edwards deputy Harbour Master in whitstable and builder of several cedar strip kayaks, including designing and building the unique kayak for Adam Chodzko’s 2010 work Ghost.

I was interested in hearing more about Ghost, not least because I did some work for Adam back in those days and remember following Glyn’s work with interest. I would ask Adam for updates about it often when I was at his house editing one film or another.

I was hoping that Glyn would still be making boats so that I could assist him for a bit and learn through doing… but he has no projects at the moment and no plans to make any boats in the future. Glyn is immensely creative and resourceful and is currently undertaking restoring a Norton motorbike.

I learned a lot from him in the hour or so we spent chatting. Including learning about his unique approach to wedging and clamping each strip in place as it dries to eliminate the need for staples. 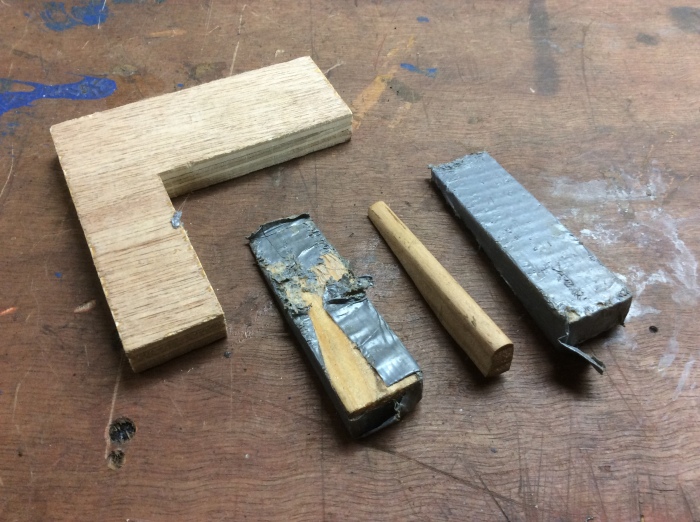 What I found really valuable was a discussion we had around how it is much easier to be creative with a method of building once you have some familiarity with it… familiarity through doing rather than just book knowledge. That really resonated with me.

As we spoke in detail about the cedar strip technique a couple of things stood out as important to think about for my concerns and aims for this project.

Firstly he said that a cedar strip kayak took him 2 months to build, and he’s more experienced craftsperson than I. For me to make one would take up a significant amount of the time I have for this project just for learning.

Secondly we spoke a little about how the cedar strip technique is rare in the U.K. and why. It is vastly more popular in the US, and part of me thinks that is partly because they have the room.

But I began to think that it is also because we have no cultural history with the technique. And as I thought about it further and thought about how cedar strip really relies upon modern glue and fibreglassing, I began to wonder just how much history these boats have. It turns out they are truly an invention of the 70’s and 80’s and their closest relatives historically would be carvel boats that require lagging and a hefty internal structure, or something like the boat pictured below which has clear ribs that are not found on modern cedar strip boats… this is a very different boat, despite initial appearance. Strip boats from before the 20th century would have had to be purposefully sunk to make the wood swell enough to be somewhat watertight. 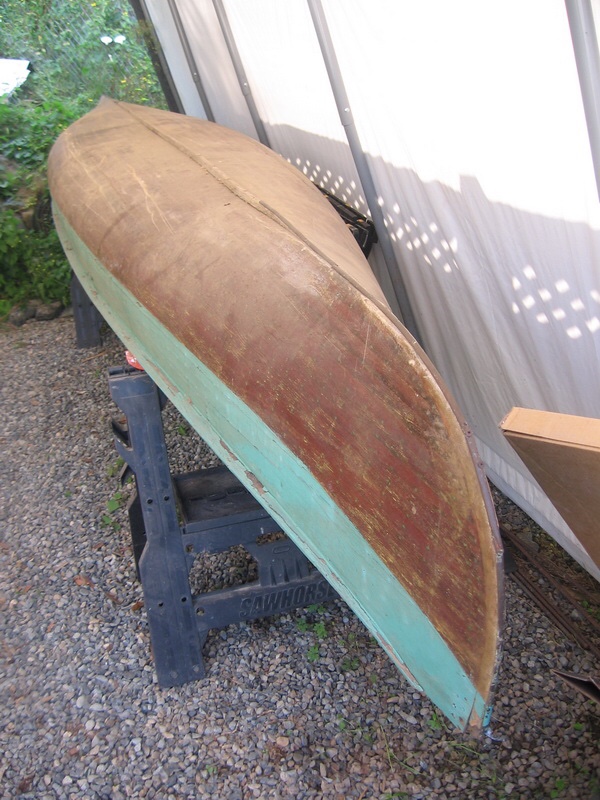 This is all fascinating of course but when I’ve found myself really interested by centuries and millennia old styles of boat, cedar strip feels modern.

Whilst I don’t want to dismiss such a beautiful and craft-laden technique out of hand, and it is still a style that relies on the boats that came before: It is also a style that came about because of epoxy and fibreglassing and cannot exist without it. Whilst It’s important to understand how strip construction works as part of the whole language of hand-built boats, and Glyn’s ingenuity and skill is inspiring; I feel the most pertinent thing I can take out of today’s meeting for now is the idea of developing new out of what’s established, by understanding technique and material. Just like Glyn and Adam did with Ghost.